I am proud to feature excerpts from the books below!
You may purchase these fine works just below their summaries!
Heartfelt Thanks to Dr. John Hunt! 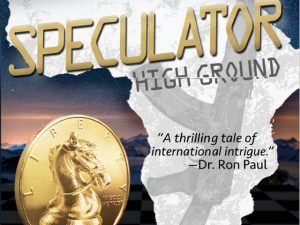 The original International Man and #1 New York Times bestselling author Doug Casey joins forces with Dr. John Hunt to create a new type of hero. Charles Knight is young, but he knows right from wrong. He’s well educated because he decided to drop out of high school, and considered college a waste of time and money. Instead, he reads and listens, works and creates. He figured out that you can’t become a Renaissance Man by sitting in a classroom. Charles Knight is a modern Count of Monte Cristo, the sort of hero we haven’t seen since Atlas Shrugged. He is a leader, but with no interest in leading. A soldier of fortune who tries to avoid fighting. He becomes rich, famous, powerful, loved–and hated. He changes the course of world history as he follows his code.

“Move over John Galt and Humphrey Bogart, Speculator has created an old-fashioned hero with contemporary style and sex appeal. Expert cicerones lead us through the dark world of African mining and international finance. It is a riveting tale, perfect for a day at the beach or a long-winter’s-night read. Pure gold.” –Richard Harteis (Author of Marathon and Publishing Director of Poets-Choice.com)”

The greatest gold discovery in history draws a young Charles Knight to West Africa, where he unearths deception, violence, and romance. Xander Winn–a Dutchman on his own mission–mentors Charles on his voyage into the world of speculation and African politics. But a psychopathic rebel leader, the purveyors of a six-billion-dollar fraud, a team of mercenaries bent on early retirement, and the US government all get in his way. Everyone wants him dead. But Charles plans to strike it rich.

“Speculator uses the cover of a thrilling tale of international intrigue to provide an economic and moral defense of the much-maligned speculator and an economic and moral condemnation of those who profit via force and fraud. Doug Casey and John Hunt have provided an invaluable service to those looking for unique ways to spread the ideas of liberty.” –Dr. Ron Paul 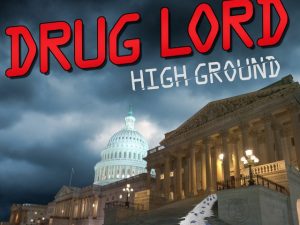 “Drug Lord–it’s Ayn Rand with guns and drugs! But that doesn’t do John Hunt and Doug Casey justice. They’ve written a thriller that’s whatever the opposite of ‘escapism’ is. Call it ‘right-here-and-right-now-ism.’ It’s an adventure in rationalism with a heartening lesson. Reason is not only the source of liberty, it’s the source of virtue.” — P.J. O’Rourke, Editor, American Consequences magazine and author of How the Hell Did This Happen? The Presidential Campaign of 2016

Charles Knight returns to the United States after seven years traveling the world. He embarks on two concurrent professions: one as a major investor in a small pharmaceutical company, and the other as the head of a black market drug-smuggling and -distribution operation. Charles has to sort through the legal and illegal, moral and immoral, and right and wrong as he navigates the War on Drugs and the crony pharmaceutical industry.

Meet Tristana Dubocher—CEO of Charles’s company (Visioryme Pharmaceuticals)—and her sniveling husband, Donald, an FDA minion. Meet Seth Fowler of the DEA, whose criminality is exceeded only by his quest for power. Get to know Rainbow, a teenage girl living on the street who runs drugs for the Alphabet Men. Their careers in the drug world are forever altered when they meet Charles.

Most importantly, meet Naked Emperor, a street drug that doesn’t cloud minds, but clears them. Naked Emperor prevents people from being able to lie to themselves. Anyone dependent on deception knows that this new drug will turn the world against them. Mobs of politicians, environmentalists, academics, tele-evangelists, jihadists, journalists, central bankers, Deep State actors, and crony parasites join forces to wipe Naked Emperor off the face of the planet.

They all want him dead. But Charles Knight intends to start a revolution.

I am PROUD and HONORED to have received a request from Dr. John Hunt at Casey Research (Thanks John!), to feature a few of Doug’s fine literary works right here on REDNECKSurvivalist.com!

As I write this brief intro, I am nearly shaking my head in disbelief that I have this opportunity! But it’s all true! Doug Casey has attained celebrity status among truth seekers around the world. To listen to Mr. Casey speak is akin to finding an eye of tranquility and clear thought in the midst of a raging hurricane of the most heinous events in modern history!

People all over this planet intuitively know that ‘something just ain’t right!’ Some of us have spent years and even decades plowing through mountains of pure bullshit in order to uncover a diamond of undeniable TRUTH. Maybe this describes you.. I have spent countless hours over the past three decades seeking out truth and wisdom. Not the fleeting type but the kind of truth that just cuts to the bone. Shocking? Very much so at times. Necessary? You bet.. but only for those who are ready to leave the lies, subterfuge and maniacally murderous, psychopathic bastards behind. These are ‘people’ you’d never let cut your lawn, much less run your damn life into the ground. And I mean that as in six feet under.

I do not read much ‘theory’ anymore. That was in the past. What I did gain was an understanding of sorts. A road map presented itself. “Their” ‘Game Plan’ became clearer. So you study, then you fall ill.. sometimes very ill. How can ‘things’ really be THIS WAY?! The angst, anger and bile rise in the throat. This is not a game. There are those who care not for your wellbeing in the least. They don’t give a shit if you live or die like a cockroach under a jackboot. Who are these ‘people’? They are smart. They are supremely cunning. They think generations AHEAD! They are linked most often times by bloodlines. Go ahead and scoff. I do not give a rat’s ass. What I think I know was learned the hard way. And if you are a decent, loving and compassionate human being, the truth will turn your stomach inside out and back again. Whatever.

History is rife with hundreds if not thousands of examples of man’s inhumanity to man. There is absolutely ZERO argument here. I remember an Uncle recounting his time of ‘service’ during the “BIG ONE”.. you know, the second war to end all wars? What utter and complete bullshit. Genocidal horror. Mass murder on a near global scale. Have you ever read about the firebombing of Japan? If you have, you know of what I speak. If not, I suggest you get off your asses and discover what happened there. Psychopaths relish in the bloodletting, suffering and murder of innocents. They MUST. For it continues to this very moment of this very day. ENOUGH!

You can choose to educate yourself. You learn about something real.. something that affects nearly every human on this planet. Learn about central banking systems. Fractional reserve banking is the ultimate game. Do you really think you’re in control of your life? If so, you’re out of your damn mind. But I digress..

Until you understand mass psychology and central banking you know nothing. Sure, we go to work, pay the bills and entertain ourselves with all manner of diversion. This is by design of course. Now the boys are rolling out the new ‘Reefer Madness’ in many countries around the world. Yes, there is medicinal value there. However, I believe it’s just another step to further anesthetize the proletariat, not unlike the Ministry of Plenty did with cheap rotgut gin in the epochal tome 1984. We are WELL on into it.

Fact is presented as fiction to the unwashed. Fiction is never to be believed. They front run your powers of reason. You’re different, an outsider.. a ‘theorist’. Sit tight and observe from a distance. You need some space between you and the charter members of the subhuman race. Doug Casey is here to help sanitize the shit storm between our ears and I am beyond honored and humbled to have his works featured here! 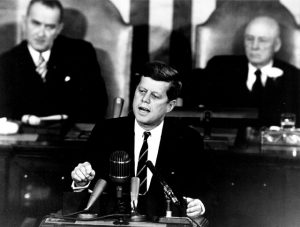