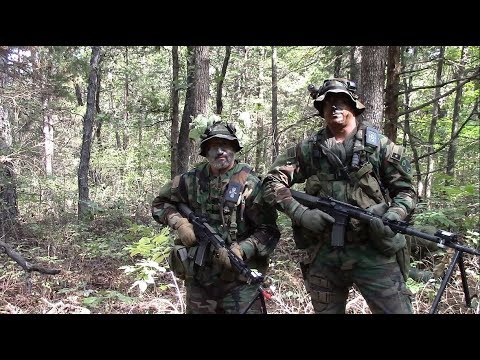 In this video were going to take a look at the new AR-RPK uppers made by my friend Mike Klein at Klein Machining. If your interested in obtaining one of these uppers please check out the pinned comment by me in the comment section.

**For those that are interested, here is what Mike told me in regards to velocity in a 24 inch barrel:**

“So there is conflicting data out there in regards to velocity loss over 20″ in 5.56

but if you look at this fellas’ report on it

223 Remington/5.56 NATO, velocity versus barrel length: A man, his chop box and his friend’s rifle

Velocity over 20″ keeps increasing for all ammunition. With the exception of UMC .223 ammo which falls on its face at 26″

There is also this fella

Coupled with all the extra selling points for the 24″ over the 20″ barrel:
1) Larger moment arm, to go all physics on you. (bipod at muzzle equates to a fulcrum further away 24″ vs 20″ which, gives you a enhanced force multiplier which increases control of the muzzle)
2) More real estate on the forearm when the bipod is folded
3) ~1000psi lower bore pressure at bullet exit than a 20″ barrel which leads to
a) Less Blast
b) Less Flash
4) Its cool, Its like an RPK Bro! ( well technically RPK’s barrel is 23.2″, but MERICA ! )
I’d say the 24″ is a great choice. I could make 20″ shorties if folks want that though.”

Welcome back for another Smoky Earth Skills. In this video, I go on a walkabout on the Atlantic Coast side of Florida and discover wild edibles, multiple trees that provide great tinder bark, and cracking […]

Build the Most Secret Underground Tunnel House In this video I would like to show everyone how to build an underground tunnels house or a hidden room house in deep jungle by ancient skills. It […]

Life in the Tropics

https://www.johnkaisner.com/ The second part of four in the series; in this video I explain how to build soil, using only materials found on your farm.